Swift Digger Hire Kent is dedicated to providing excellent customer service at affordable prices. If your digger does not come within 60 minutes of the agreed-upon booking window, we will provide you with a digger for the day free of charge.

Hire Swift Digger For many years, Kent has provided digger rental services throughout Kent. Micro diggers, small diggers, and skid steer loaders are among our specialties. We have diggers with capacities ranging from 0.8 to 2 tonnes.

Please don't hesitate to contact us right now if you have any questions about digger hiring in Kent or any of our other services.

Diggers Get A Rental Discount For Long Term Use

Our diggers are normally rented on a daily basis, but you will save a lot of money if you rent them for a week or longer. Swift Digger Hire Kent is regarded for providing some of the most cost-effective digger rental quotes in the market.

If It Is Not Dropped Off Within The Agreed-upon 60-minute Time Frame, It Is Free For The Day

We understand that a construction site must run smoothly in order to make money, and that when a client pays a price for a job, time is crucial. Our team schedules a one-hour delivery window for your excavator; if we don't arrive by that time, the digger is yours for the day.

Our Modern Excavators, We Have Service Support

We recognise that in order to make money, a building site must run efficiently, and that when a client pays the price for a job, time is critical. Our staff gives you a one-hour delivery window for your excavator; if we don't show there by then, the digger is yours for the day. 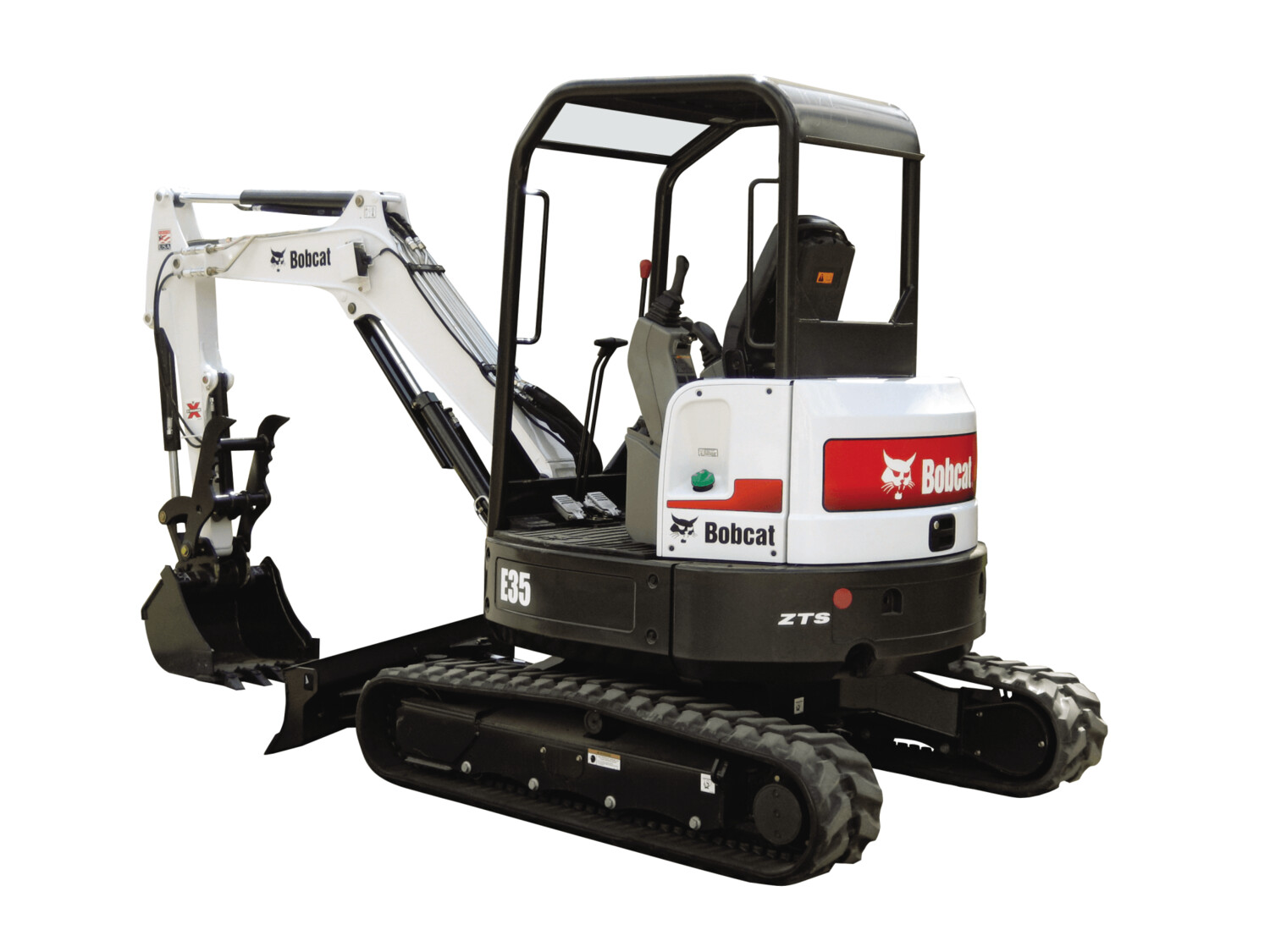 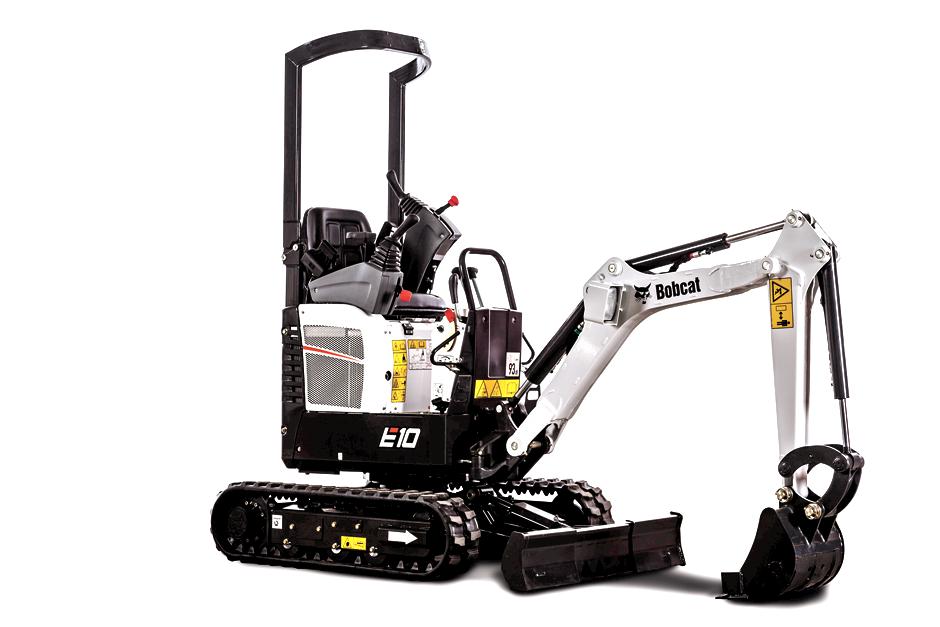 Reliable Micro Digger Hire In And Around Kent

The tiny and powerful micro excavator allows users to work in tight locations such as backyards and within buildings. Despite being a little excavator, it has a lot of power. In Kent, micro excavators cut the time and effort needed for labor-intensive digging projects in half. 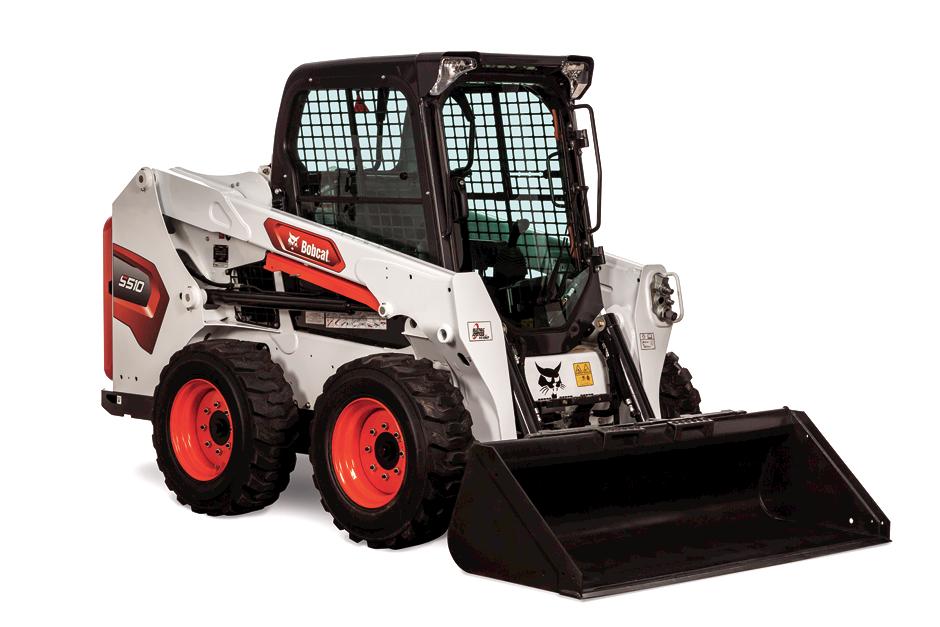 Rent One Of Our Skid Steer Loader At An Affordable Price

Swift Digger Hire Kent is the best site in Kent and the nearby areas to rent a skid steer loader. We offer a large selection of skid steer loaders in stock that can be delivered to your home or job location in a timely manner. We've worked with a wide spectrum of clients, from large corporations to individuals, and have a lot of expertise with them. Take a look at what some of our previous customers have said about our skid steer diggers and service. Regardless of the needs of the customer, we are confident in the reliability and safety of our service, and we stand behind the quality of our equipment and level of service.

The Kind Of Diggers We Rent Out To Our Surrey Clients

With Sold Digger Hire Kent, you have a variety of Digger options to pick from. Micro diggers to skid steerers are among our digger options.

Bobcat invented the skid steer loader and has been producing them for more than 60 years. Bobcat has earned a reputation for dependability, efficiency, and quality. Bobcat skid steer loader attachments are available for a variety of Bobcat skid steer models, transforming them into formidable job-site machines. You'll realise how much better this machine is than the competition as soon as you step atop one. This technology was developed in order to push the boundaries of functionality and effectiveness.

Micro Diggers can assist you in reaching areas that are difficult to reach with manual labour. You can go through even smaller spaces and navigate tighter roads with Zero Tail Swing. It has the best wear and tear resistance and slewing and spoils depositing flexibility.

The No.1 Choice For Small Digger Hire In Kent

Commercial contractors and do-it-yourselfers have rented a variety of excavators from us. Make sure you're satisfied with the high quality of our diggers and service by reading our client reviews. Our excavators are available in a variety of sizes, from little diggers to two-tonne excavators.
Hire a wonderful digger in Kent and the surrounding areas. They provide a wide range of micro diggers, excavators, and plant equipment. We rent out a variety of diggers and plant leasing machinery and bring them to your job site or house.

You deserve the most fantastic Kent diggers for any building project. As soon as you contact us, our experts will carefully assess your requirements and recommend the best excavator for your needs. Our top-of-the-line diggers are well-kept and come with a number of options. When a full-sized hydraulic digger is too huge, micro diggers come in handy. We provide a variety of economical solutions whether you need a digger for a day, two days, or a week. If you request it, we may be able to supply you with further information.

Examples of uses include mining, landscape grading, and trench digging.

Advantages: It is ideal for tough terrain.

Cons: It takes longer to operate than a wheeled excavator.

The crawler excavator (also known as the typical excavator) gets its name from the fact that it drives on two spinning tracks instead of wheels, much like a tank. Hydraulics power the crawler, which is slower than a wheeled excavator but more stable thanks to its tracked chassis. Because of the crawler excavator's chain wheel design, it can better balance on uneven ground, making it a great choice for steep, rocky, or muddy terrain. 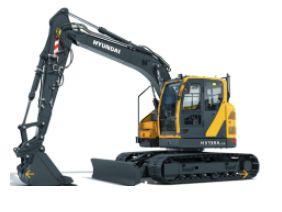 The tracked digger (excavator) is mostly used for digging. If equipped with a hammer, crusher, or shear, it may also perform demolition and quarry work. A wheeled excavator can do all of these things, but it can also do them on hard surfaces that tracked equipment would otherwise destroy. Wheeled excavators can now work in urban settings, on paved roads, on slabs of building, and in parking lots.

With numerous attachments, wheeled excavators can not only dig and demolish, but also move concrete obstacles, clear ditches from the road, mow, cut asphalt, and grind trees. For mid-sized construction jobs in urban areas, most American contractors employ a backhoe; however, a backhoe has a longer, narrower footprint, less reach, power, and dig/lift capability than a wheeled excavator.

JCB is the most well-known manufacturer of tracked diggers. 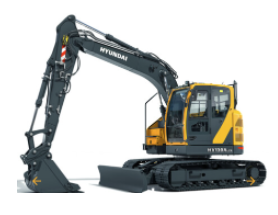 Use for: Jobs that necessitate working on a flat, hard surface.

Pros: It's swift and easy to move over concrete.

In muddy or hilly terrain, it is inefficient.

When operating on a smooth, firm surface, the wheeled excavator is faster than a crawler. It's not recommended for areas with soft soil, hills, or slopes. It's also easier to manoeuvre.

Hitachi and Caterpillar are two of the most well-known manufacturers of tracked diggers. 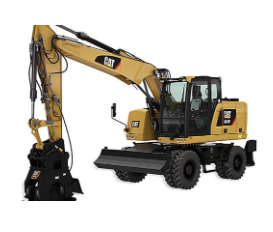 Advantages: Lowers the chance of damaging the neighbouring area or underground utilities.

Cons: Because the suction pipe is typically 30 cm (one foot) or less in diameter, it is not appropriate for large-scale applications.

A suction pipe functions as a high-pressure vacuum in suction excavators, also known as vacuum excavators. The suction mechanism, which works in tandem with a built-in water jet, quickly suckers up soil and debris at rates of up to 200 mph.

Construction companies typically employ suction excavators for work that requires careful and exact excavation because they can cut the danger of area damage in half.

In difficult-to-reach areas, use.

Pros: It has a long extended arm that allows you to excavate from a safe distance.

Cons: The long arm makes it impossible to excavate in tight spaces.

This excavator is made for jobs when the terrain or construction site prevents the machine and the operator from getting too close to one other, such as clearing a site across a river or lake. 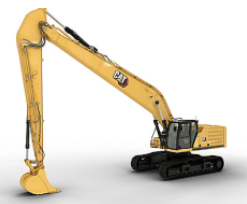 Projects like as mining and heavy digging are examples of applications.

It features a powerful engine and a large bucket capacity, both of which are beneficial.

Cons: For a lot of chores, it's a little too big.

The most powerful excavators are hydraulic shovels, sometimes known as power shovels. While the hydraulic shovel is most commonly linked with mining projects, it can be used for any job that requires massive rocks, minerals, or other heavy objects or commodities to be lifted and transported. 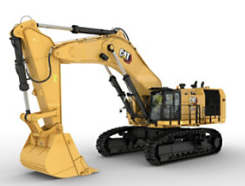 Cons: It can only be utilised for specialised jobs due to its large size and stiff design.

A dragline excavator is larger than a conventional excavator. Furthermore, it functions in a unique manner. The dragline uses a hoist rope system and a dragline to lift and lower the bucket and draw it toward the driver.

The hoist/dragline mechanism on this excavator makes it ideal for underwater excavation. 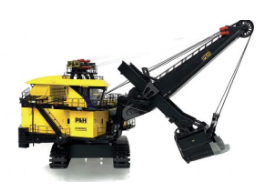 Pros: It's ideal for tight locations or task sites with limited space due to its small size.

Cons: Because it is on wheels rather than a track, a skid steer may struggle to manage uneven, muddy, sandy, or snowy terrain.

The biggest difference between a skid steer and a standard excavator is that a skid steer's boom and bucket face away from the operator.

With JCB and Bobcat, you may find incredible diggers. 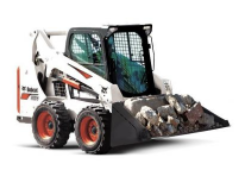 Buckets are the most common excavator attachment. Because of their steel bodies and teeth-like edges, they're ideal for digging and scooping. The most common buckets are those for grading stones (the ditching bucket) and digging trenches (the trenching bucket). Consider the soil conditions and any additional equipment you might need, such as couplers, when choosing a bucket to buy or rent. Take a look at some of the best Bobcat buckets available. 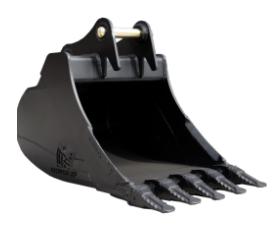 Augers are a sort of attachment for drilling holes in the ground. Hydraulic circuits allow them to excavate large holes rapidly and efficiently. Augers come in a variety of lengths ranging from 4 to 50 inches, with a digging depth of up to 32 feet. Take a look at a Bobcat Auger. 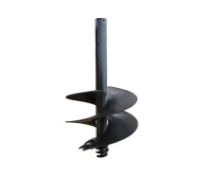 Breakers are used to pound through stone, boulders, and concrete. They resemble a larger version of a jackhammer. 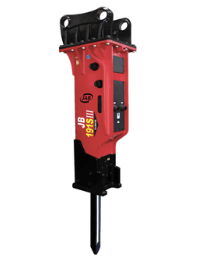 Thumbs are useful for items too large for a bucket, such as a tree stump or a concrete slab. It's easy to put them on and take them off. 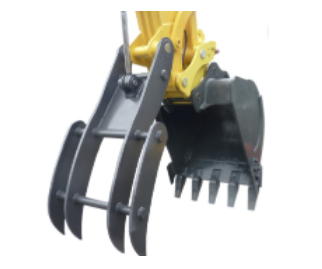 Couplers make changing attachments a lot easier and quicker. If a job demands frequent attachment modifications, a coupler can save time, money, and people. 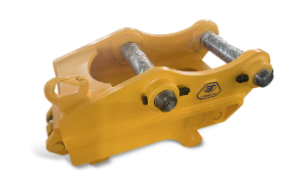